Role of Modifiers in medical billing and it’s Applicability

Are you aware that using the wrong modifiers while billing for medical services might get you into big trouble? Even worse, you may have to reimburse the insurance company or payor for their money if you applied the incorrect modifier. It is applicable even if they had already paid you for the service linked with the incorrect modifier. In essence, making claims based on incorrect modifiers might be an expensive error. To optimize payments or adjust reimbursements, a provider must understand what a modifier in medical billing is and whether to apply it or not to prevent claim denials.

The implication of  Modifier in Medical Billing

Modifiers are used to present a clear depiction of the medical billing, demonstrating the services and treatments that the doctor or healthcare facility performed. For a similar reason, these codes are added to Current Procedural Terminology (CPT) or the Healthcare Common Procedure Coding System (HCPC). While insurance companies and other third-paying parties create their own guidelines for how these modifiers are used when completing HCPCS or CPT billing, it becomes more difficult to comprehend the proper usage of modifiers. It’s also crucial to realize that not all modifiers should be used in conjunction with CPT or HCPCS codes when invoicing for medical services. The guidelines for medical coding and billing are constantly evolving thanks to the federal government and healthcare organizations.

How much a misused Modifier can cost?

Many times, providers fail to keep up with new upgrades to the coding and billing systems, which leads to errors and incorrect modifier additions. Therefore, it’s important to avoid applying the incorrect modifiers because doing so might have negative effects and result in a critical audit. Unfortunately, the audit conducted as a result of the incorrect modifier may result in severe legal repercussions as well as hefty fines. After a conviction, the audit may continue for years. It is not always over. If the improper use of modifiers in Medicare billing were discovered, penalties could reach $10,000 for each incorrect entry. This means that you will be required to pay $10,000 in damages each time you make a claim that contains an incorrect modifier.

Types of Modifiers in Medical Billing

There are two types of Modifiers in Medical Billing.

Modifier 26 in Medical Billing: Both doctors’ and technicians’ services are billed using this modifier. It should be noted that technical services like radiography might also utilize this modification. A scan conducted by a doctor or technician will be regarded as the professional service provided, and the equipment will be regarded as the technical element employed in the service.

GV modifier in medical billing: The GV modifier denotes that the attending physician is not an employee of, or is not compensated by contract with, the patient’s hospice provider.

GA  modifiers in medical billing: If a doctor, practitioner, or supplier has an ABN signed by the beneficiary on file and wants to signal that they anticipate Medicare would reject a service as not reasonable and necessary, they must utilize GA.

GQ Modifier in medical billing: GQ Modifier is used in medical billing when services are provided through an asynchronous telecommunications network. In this method, a doctor compiles the patient’s medical history, pathology results, and photographs before sending them to a senior doctor for review and advice on the best course of action.

How to use HSPSC modifiers in medical billing?

A hyphen is used to separate CPT modifiers from a CPT code. If there are several modifiers, the “functional” modifier should be coded first and the “informational” modifier should be coded second. Modifiers have a significant likelihood of being rejected if they are not prepared appropriately or routed for payers. Billers and coders must use the appropriate modifiers in order to reduce claim denials and avoid associated problems. 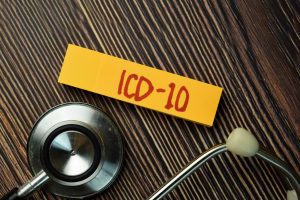 Accurate pre operative clearance ICD-10 coding helps physicians to get reimbursed for rendering services prior to the surgical treatments. 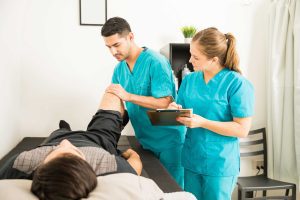 Being an owner of a physical therapy practice, you need to focus on accurate coding and efficient billing. Likewise, getting payments from 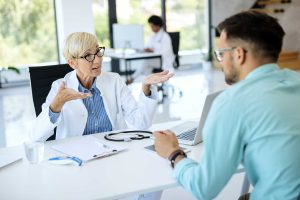 Benefits of Credentialing and Enrollment

Healthcare providers need to go for credentialing and enrollment to get authorized for providing services to the patients. Similarly, enrolling to the